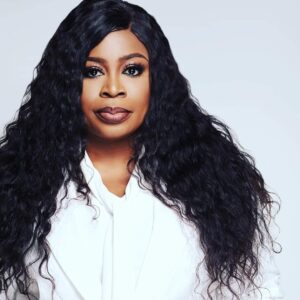 Gospel music minister, Osinachi Kalu popularly known as ‘Sinach’ makes a record on the list of 2020 ‘100 Most Influential Women in Africa’ by Avance Media.

The Ghana-based avance media list is an annual compilation achieved through a public nomination. Selected from 34 countries across the African continent, the women are essentially leaders in various fields of endeavor and role models for the younger generation.

Based on reports, this is the first time the prominent music act will be appearing on the list in the entertainment category.

Recall that earlier this year in August, Sinach’s trailblazer tune, “Way Maker” was nominated in the Dove Awards, one of the biggest Gospel music awards in the world organized by the Gospel Music Association USA for Song of the Year category.

Apart from that, in May 2020, Sinach became the first African Gospel singer to top the Billboard Christian Songwriter Chart; a weekly magazine of a standard record chart for the music industry in the United States based on sales, radio play and online streaming within the states

Osinbajo To Churches: CAMA Can Be Resolved He Says

Press Release For The “Fight Of My Life” Fearless 2020