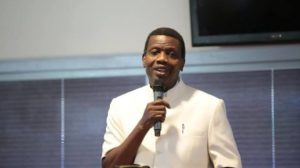 The General Overseer of the Redeemed Christian Church of God (RCCG) Pastor Enoch Adeboye has advised intending wives not to marry jobless men.
This is coming less than 24 hours after the clergyman advised his male congregant against marrying ladies who can’t cook.
Adeboye wrote on Twitter: “My sons, don’t marry a lady who cannot cook. She needs to know how to do chores and cook because you cannot afford to be eating out all the time.”
The pastor’s post generated a lot of mixed reactions and many celebrities also waded into the matter to make their stands on the matter.
Adeboye, in another series of tweets on Tuesday, advises women to be filled with the compassion of Jesus, so other people’s interests will be paramount in their heart

Quote
“My beloved daughters, don’t marry a man who has no job.” 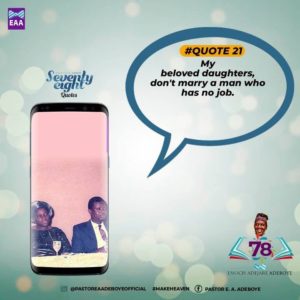