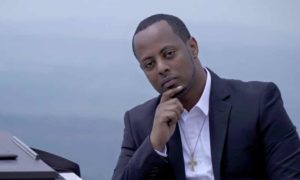 A popular Rwandan gospel singer who was found guilty in 2015 of conspiracy to murder or harm President Paul Kagamehas been found dead in a police cell in the country’s capital, the authorities have said.
Kizito Mihigo killed himself in Kigali on Monday, a police statement said. The 38-year-old was an ethnic Tutsi survivor of the 1994 genocide in which more than 800,000 Tutsi died as well as moderate Hutus who tried to protect them.
The official account of his death is expected to be met with scepticism in a country where the government is frequently accused of targeting perceived critics.

Mihigo, described by many as Rwanda’s biggest cultural figure, had been pardoned in 2018 but was rearrested last week. Police said the singer, a devout Catholic known for songs promoting healing and forgiveness, had been trying to flee to neighbouring Burundi to join groups fighting the Rwandan government
“He has been in a cell for three days as police investigated why he was crossing the border illegally and cases of bribery,” John Bosco Kabera, a police spokesman, said. Kabera did not respond to
phone calls from Associated Press.
Police said Mihigo had been allowed to meet family members and his lawyer. It was not immediately known whether he had been in a solitary cell. A relative declined to comment. The news of Mihigo’s death was met with disbelief.

Last week, the Rwanda Investigation Bureau, a law enforcement agency, tweeted that the security services had handed over Mihigo. The charges against him included illegally crossing to Burundi, corruption and joining terrorist groups.

The singer was arrested in 2014 and sentenced the following year to 10 years in prison after he was found guilty of conspiracy to murder or harm Kagame and other senior government figures. He was also convicted of complicity to overthrow the government and conspiracy to form alliances with groups trying to destabilise the country.
Mihigo pleaded guilty to all charges. The judge said the singer was given a lenient sentence because he had made the court’s work easy.
He was pardoned by Kagame in 2018, alongside Rwanda’s leading opposition leader, Victoire Ingabire Umuhoza. But last week police said his attempt to escape constituted a breach of conditions of the presidential order, leading to a revocation of the pardon.
Related Topics:
Up Next