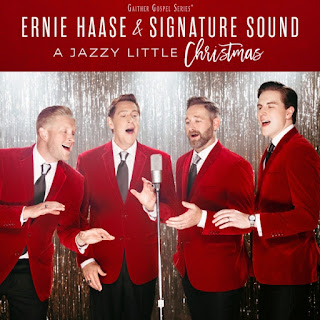 Celebrate “Christmas In Manhattan” with Ernie Haase + Signature Sound as the GRAMMY-nominated quartet releases the music video for the original holiday song from their Gaither Music Group album A Jazzy Little Christmas.

A portion of proceeds from A Jazzy Little Christmas benefit New York Cares’ Winter Wishes program. The Winter Wishes program partners with family shelters, public housing facilities and public schools across the five boroughs of New York City to provide gifts to children and teens during the holidays. New York Cares is the largest volunteer network in New York City and is a network affiliate of Points of Light, the world’s largest organization dedicated to volunteer service, which was founded by Former President George H.W. Bush in 1990.

Watch the video below, directed by Jeremy Ryan, shot by Ryan and Doug Stuckey and produced by Haase and Ryan in New York City.