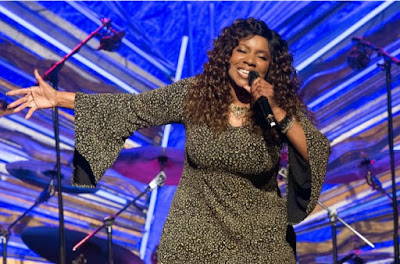 Gloria Gaynor‘s iconic anthem “I Will Survive” turns 40 this year, excited in sharing great testimomy about the release of her first gospel album, Testimony.

“I’ve been through a lot — [including] a big lull in my recording career — and this album is something I’ve been wanting to do for so many years,” Gaynor tells PEOPLE. “But my manager that I had, who was my husband, was afraid that we would suffer tremendously financially if I did that, so he was really, really not wanting me to do that.” Gaynor is referring to her ex-husband Linwood Simon, whom she divorced in 2005 following 26 years of marriage. With a team “that respects me and my wishes and my desire and design for my life,” Gaynor set out a couple years ago to produce her dream project.

“We entitled the album Testimony because it truly is my testimony of what God has done for me in my life: His mercy, His love, His grace, His patience with us,” she says, “and it just really tells about Him. It’s a testimony.”
Working with Grammy-winning producers Chris Stevens (Blake Shelton, TobyMac) and Reid Shippen (Lady Antebellum, Kenny Chesney, Dierks Bentley) in Nashville, Gaynor recorded classic hymns (the album opens with “Amazing Grace”), original songs (“Back on Top” and “He Won’t Let Go”), and a soulful rendition of Bob Dylan’s “Man of Peace.” Plus, the disco queens collaborated with gospel queen Yolanda Adams on “Talkin’ ‘Bout Jesus.”For Gaynor, the melodies and lyrics paint her bigger picture: “I want people to take away from this album the love and the knowledge of God,” she tells PEOPLE. “I want this to be my legacy, that I inspired people to a relationship with Christ.”
RELATED: Gloria Gaynor Says She Revealed Her Own Sexual Abuse to Help Other Victims Realize ‘It’s Not Your Fault’

Gloria Gaynor
Courtesy Gloria Gaynor
Gaynor is preparing to take her new songs across the country on tour this summer. Now that she’s “absolutely pain-free” after a complicated two-part surgery to correct the spinal stenosis stemming from a 1978 stage fall, fans can expect to see her returning to her first love in the spotlight: dancing.
One thing people don’t know about me is that I’m much more passionate about dancing than I am about singing,” she tells PEOPLE. “When I was a kid, my mother would say to me, ‘You can’t go to the store for me, you can’t wash the dishes, you can’t clean up your room, but you can dance.’ “