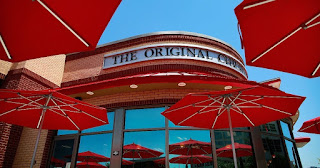 The Dean of Rider University’s Business School announced her resignation last month following the University’s ban on Chick-fil-A due to its Biblical view on marriage.
As Christian Headlines previously reported, the New Jersey university banned the Christian fast-food chain from becoming a part of the University’s dining services in November because “their corporate values have not sufficiently progressed enough to align with those of Rider.”
For the dean of the College of Business, Cynthia Newman, this did not sit right.

According to CBN News, in her resignation letter, obtained by Campus Reform, Newman shared that after the initial decision was made in November she was not upset with the college’s decision not to pursue Chick-fil-A, but she was disappointed that in announcing that Chick-fil-A was out of the running, they condemned to corporation’s values – values that some Rider University faculty, staff and students adhere to in their own lives.
Newman – a Christian – said she did not “rant or rave or make a fuss” over the University’s pointed email, and instead “engaged in a few months’ worth of conversations with those in authority positions” that supersede hers.
Newman said, “I expressed how disappointed I was, not that the decision had been made to not have Chick-fil-A on campus (making that decision is entirely the right of the leadership of the institution), but rather that the University leadership had made such a judgmental statement about Chick-fil-A’s values – values that reflect the essence of the Christian as well as other faiths.”
The Dean shared that instead of issuing an apology, the school sent out a second email to campus leadership that included talking points which Newman – and all other campus leaders who were critical of the University’s decision – would be required to follow in regard to the issue.
In an interview with Campus Reform, Newman said there was nothing at face value that she found offensive in the talking points. What she did find offensive, however, was the blatant lack of an apology for their discriminatory statement on Christian and other faith values.
Newman said, for this reason, she “could not, in good conscience as a committed Christian, adhere to those talking points.”
Newman noted that while she did not believe the University sought to “insult or denigrate Christian values,” they did, and they have continually refused to address it.
Newman ended her resignation letter saying, “I am not willing to compromise my faith and Christian values and I will not be viewed as being in any way complicit when an affront is made to those values. So, I have submitted my resignation as Dean of the CBA and will return to my faculty position at the end of the summer.”
According to Campus Reform, Newman’s resignation will be effective as of August 31 and she will return to a faculty position at Rider as a professor of marketing.
Watch the Video Below

Highlands Worship’s “Jesus You Alone” Debuts At No. 1